In seeking to generate interest, our aim was to reach Greater Manchester’s diverse population – and be able to prove we had done so.

This meant embracing a multi-channel approach to communications and outreach. 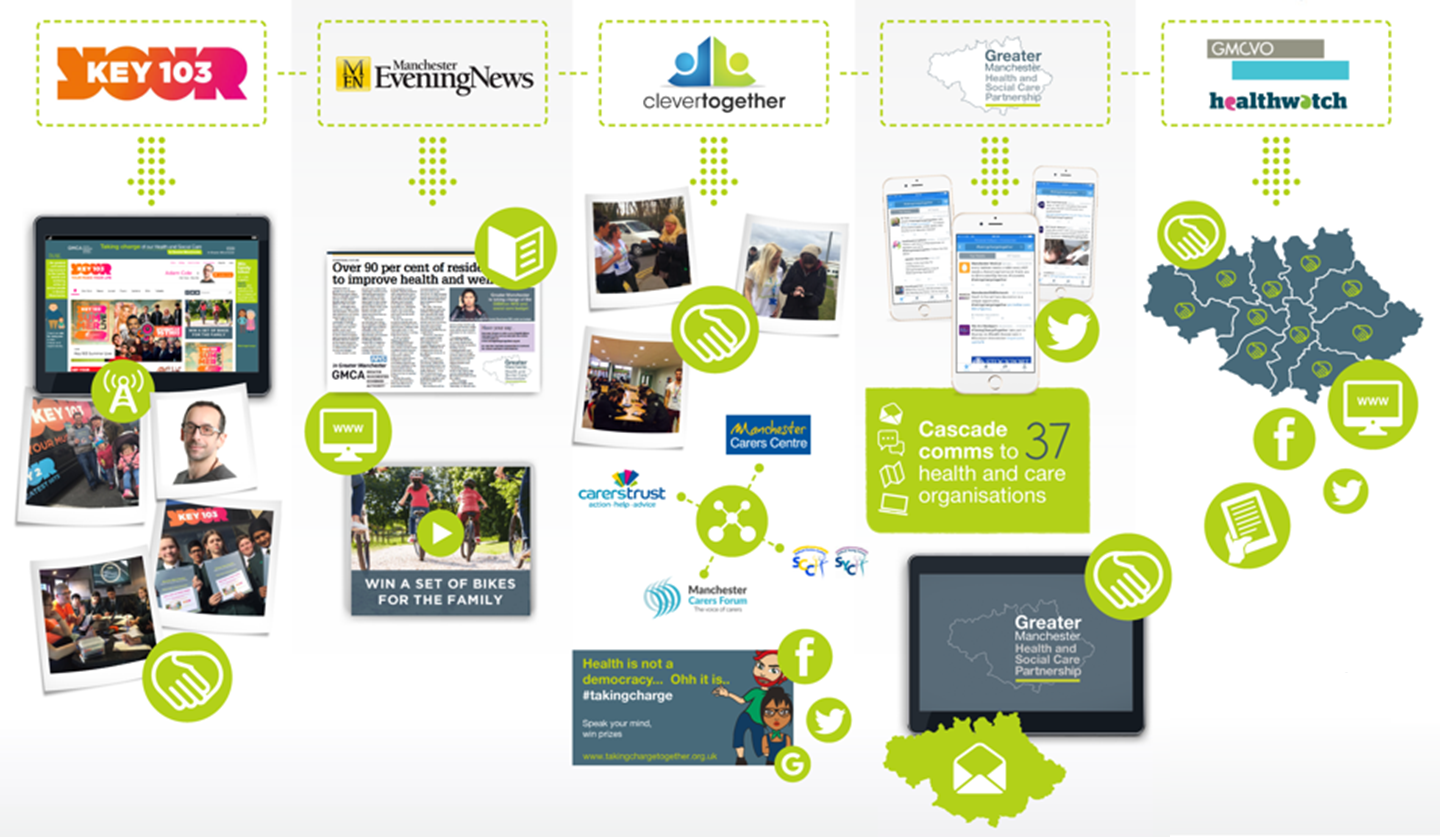 The shared mandate was used to steer and validate all project communications and tools to capture the voice of GM’s people. For example:

The GMHSC Partnership used the mandate to:

MEN and Key103 used the mandate to steer the development of engagement materials (online, print and broadcast content for editorial and promotional efforts) to:

Key103 used the mandate to steer the design and use of:

GMCVO used the mandate and their partnership with local Healthwatch organisations to:

Clever Together used the mandate to:

Finally, as a way to incentivise involvement, the steering group also used the mandate to design a competition for the public to win a set of family bikes (this was administered by Clever Together). 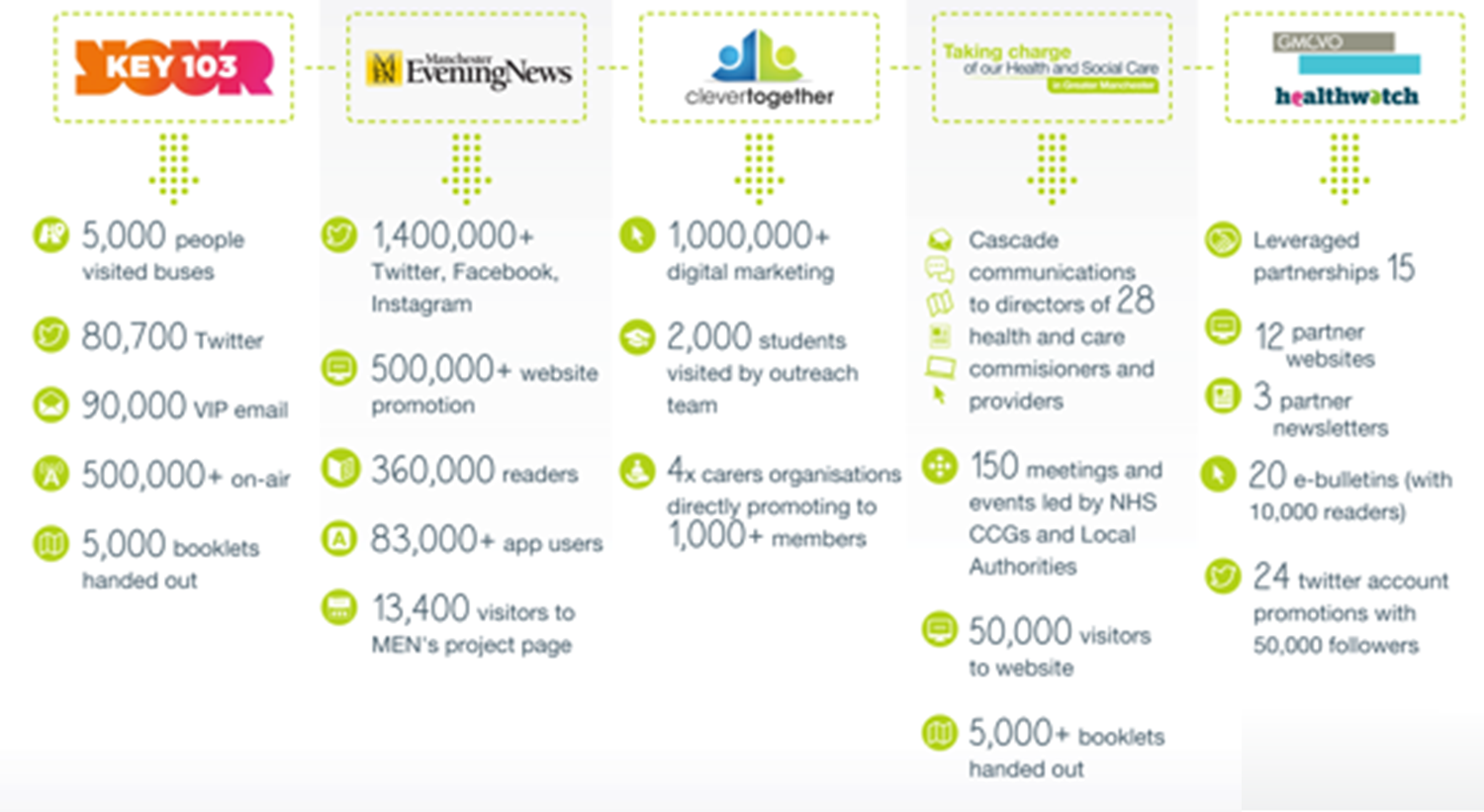 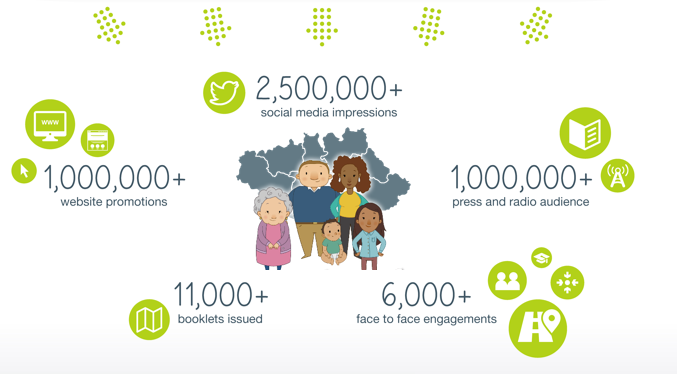 For example members of the public joined in from every locality in the city, in roughly the same proportions as each locality’s populations:

A table to show where our participants live in the 11 areas of Greater Manchester. 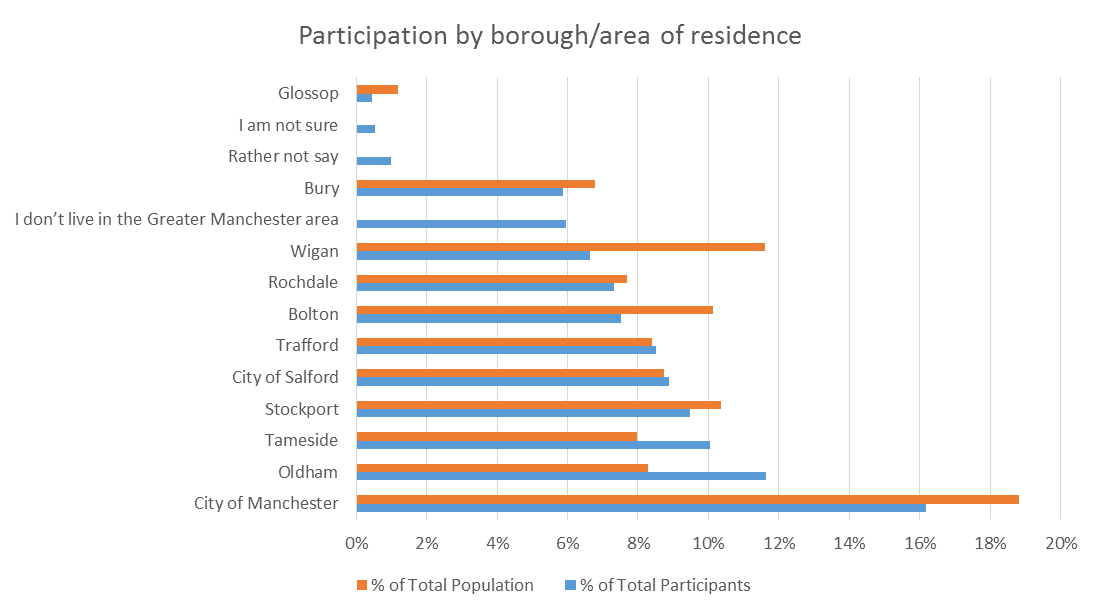 We did, however, have a slight skew toward women involved in the snapshot surveys and online conversations (63.5%). 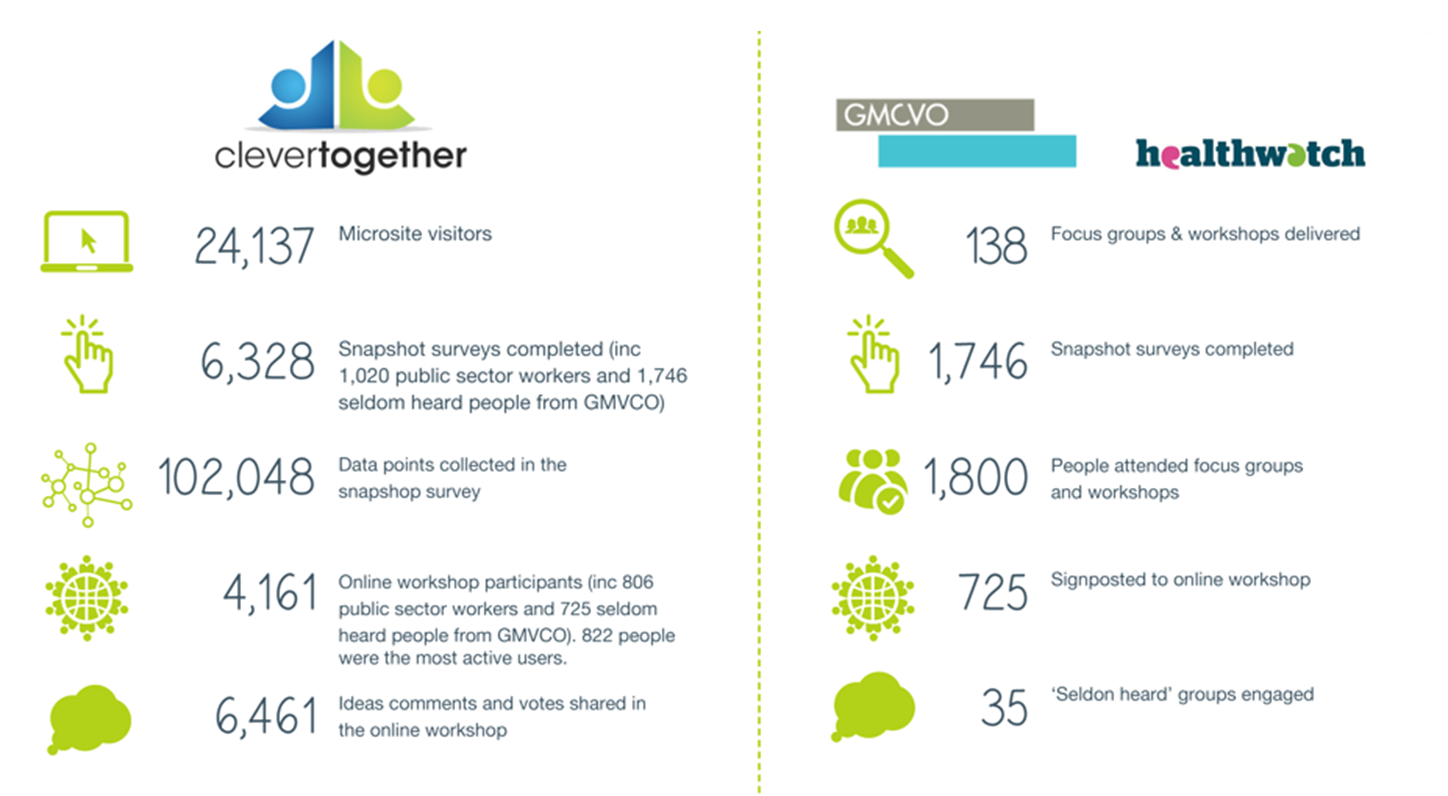 From Feb 15 to the end of March, GMCVO conducted conversations with their communities and hard to reach groups across all 10 localities and also delivered five deep dive focus groups.  To aid the process, GMCVO used:

During this period, Key103’s radio and web broadcasts and MEN’s editorial pointed the public to the public survey and online workshop hosted by Clever Together. Whilst Clever Together used its digital marketing and physical outreach to build public interest.

Simultaneously, Clever Together worked with the GMHSC Partnership to identify a network of organisations that support carers and enrol them into a dedicated digital event to explore the issues face by carers.

Consequently, The GMHSC Partnership and Clever Together monitored and facilitated three virtual events via the crowdsourcing platforms to explore what helps or hinders people taking charge and to identify examples of good practice – generating insight from three perspectives:

The virtual events (crowdsourcing platforms) were closed at the end of March, two weeks after the Key103 community road shows had finished.