We launched the Getting Greater Manchester Active online workshop on Friday 17th of June. We invited our public database that we created in the first Taking Charge Together online workshop.  We also activated networks of experts and community leaders to join this small representative cross-section of the public to create deeper insight into the key barriers of being more active. As a result: 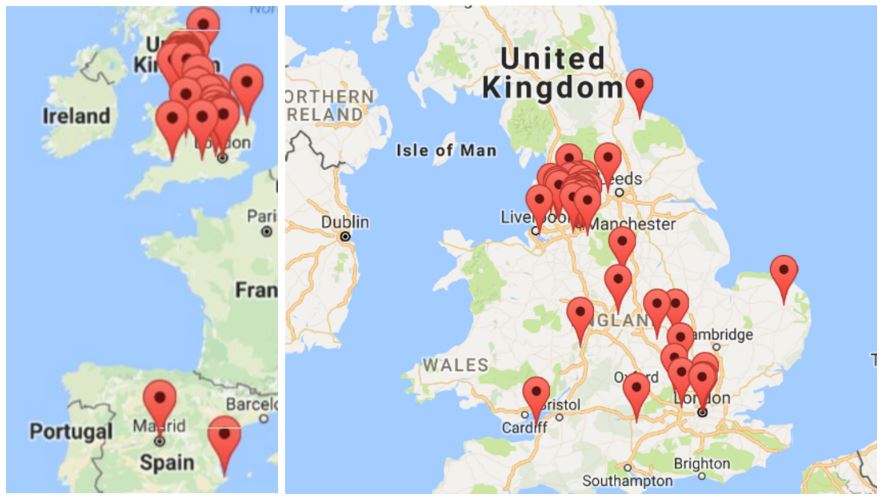 85.45% of participants identified themselves as not having a disability while 12.89% said they considered they had a disability. 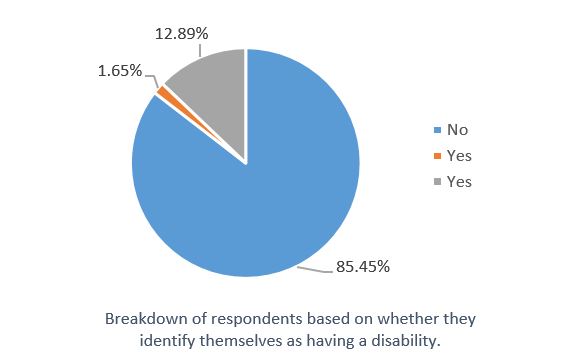 We attracted people from every age group, with more than 50% over the age of 45 and 40% below. 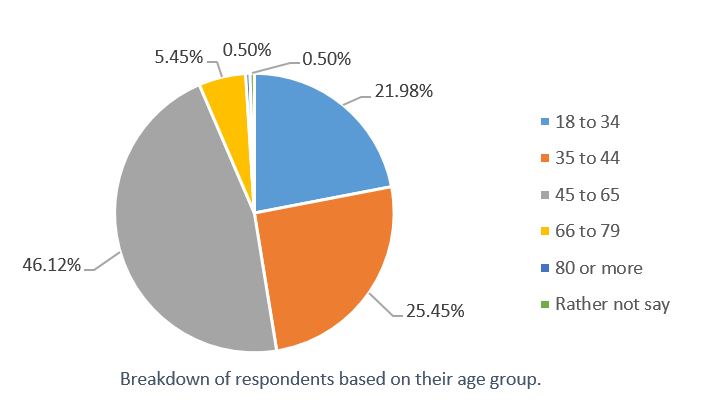 We attracted people from every region of Greater Manchester. Wigan is underrepresented, whilst Tameside/Glossop, Stockport, Rochdale, City of Manchester and Bolton are slightly overrepresented. 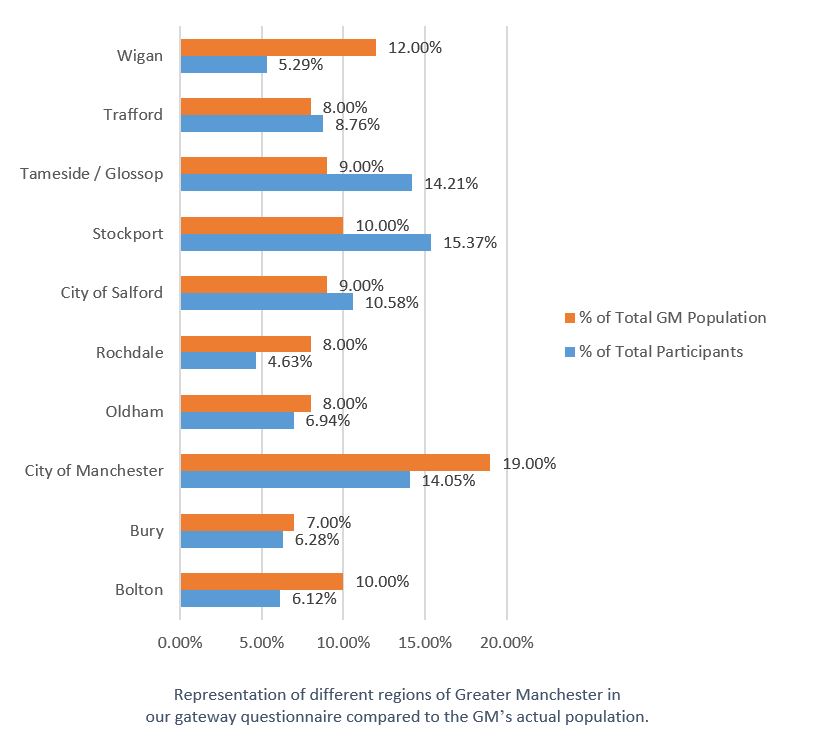 Participants from most ethnic backgrounds responded to our gateway questionnaire. It is worth noting that those self-identifying as ‘White: British’ group form the majority of participants.

The majority of our participants (79.34%) are employed and around 11% aren’t working due to disability, ill health or being retired.

Finally, 87.11% of participants confirmed they can be contacted for Devolution Manchester’s future workshops.